Approximately more than 50% of websites are built on Laravel, one of the popular PHP frameworks. Laravel development framework gained popularity and trust because of its flawless simple syntax which is used for creating high-performing web applications.

It indicates the future of laravel for the upcoming years is bright. Laravel web technology allows you to build the best features website with creative design. It will not only boost your business but also upgrade the overall output of your business.

There are a bunch of web applications and mobile applications built on Laravel. In this blog, I have discussed the future of laravel in web development, and why laravel is so trendy.

Also, a bonus point before ending the blog.

Laravel is an open-source PHP framework that is based on MVC. Laravel is a constantly growing framework and is popular among web developers. One can create a website full of rich features, highly secured, and highly performed websites for small or giant size industries.

Laravel combined the best way than other web frameworks. Laravel provides powerful tools that are needed for strong and large web applications.

Why Laravel is so trendy?

No other frameworks can beat the security of laravel. Everyday technology is bringing new changes. The risk of safety remains. Laravel framework offers top-level security which you will not get in any other system.

Easy to learn for the beginner

Laravel is beginner friendly. Laravel let the developers focus on web application design, function, and architecture. Laravel has very good documentation and it provides all the major functionalities required for developing a full-fledged web application.

One of the main reasons for is laravel trendy is that the laravel framework supports multilanguage. It builds in a way that any website or application can be customized to different countries.

Testing and maintenance are easy

Laravel application testing and maintenance are easy. It comes with built-in testing functions which support through a PHP unit, which makes it easy to fix any bugs.

Laravel is an open-source framework that is available for free. Also, it has a broad gang that keeps the framework to make it more advanced and flexible.

Laravel PHP frameworks come with a blade template engine which is very powerful compared to other PHP templating engines. It adds zero costs to your web app which doesn’t restrict you from using plain PHP code in views.

ORM stands for object-relational mapping. Laravel-strong ORM provides web developers with a simple active record application that makes their link with the database easy and saves time. It allows web developers to perform database queries with simple PHP syntax. It is one of the best ORM tools.

Laravel PHP framework has pre-built object-oriented libraries that are loaded with amazing features.

One of the major reasons laravel is trendy among developers is you can integrate features as much as you want. For that laravel PHP web application framework is the top choice for developers.

Future of laravel in web development

No one can tell in advance what’s going to happen in the future. Assuming laravel future is not hard at all. Laravel web application development is growing day by day.

The world is going through many changes yearly. But these changes aren’t going to affect technologies. Because without technology it’s impossible to run the world.

Using laravel for eCommerce, online marketplaces, and small or large businesses is very popular now. So it’s clear the laravel future is bright.

However, I have pointed out some reasons why the future of Laravel is bright.

Database management is one of the significant skills a laravel developer should have. This indicates that they must know how to manage a database, and database structure, making it easy for end-users to share data easily and effectively through the organization.

An organized database helps you to know how well is your organization performing. The most popular database management systems are Oracle 12c, MySQL, and Microsoft SQL.

Project management frameworks are especially valuable in technology. Their main focus is on the necessary tools, tasks, and processes that need to build a successful project from beginning to end.

Laravel is based on MVC (Model View Controller) architecture, a laravel programmer must have skills in MVC architecture.

Keep updated with the latest versions

How Xgenious can assist you?

We make solutions for eCommerce, agency, crowdfunding, multi-vendor marketplace, construction business, and so on. We are also experts in mobile app development. Our years of experience help you to build your upcoming laravel project.

The future of laravel is bright because of its constant update, ease to use, and bug fixing, laravel is the developers’ first choice. If you are thinking to grow your career in laravel then it’s a good choice.

Which is the latest version of laravel?

A career in laravel is a good decision?

The answer is obviously yes. Career in laravel is a good decision because laravel is easy to adapt and its demand is expanding day by day. 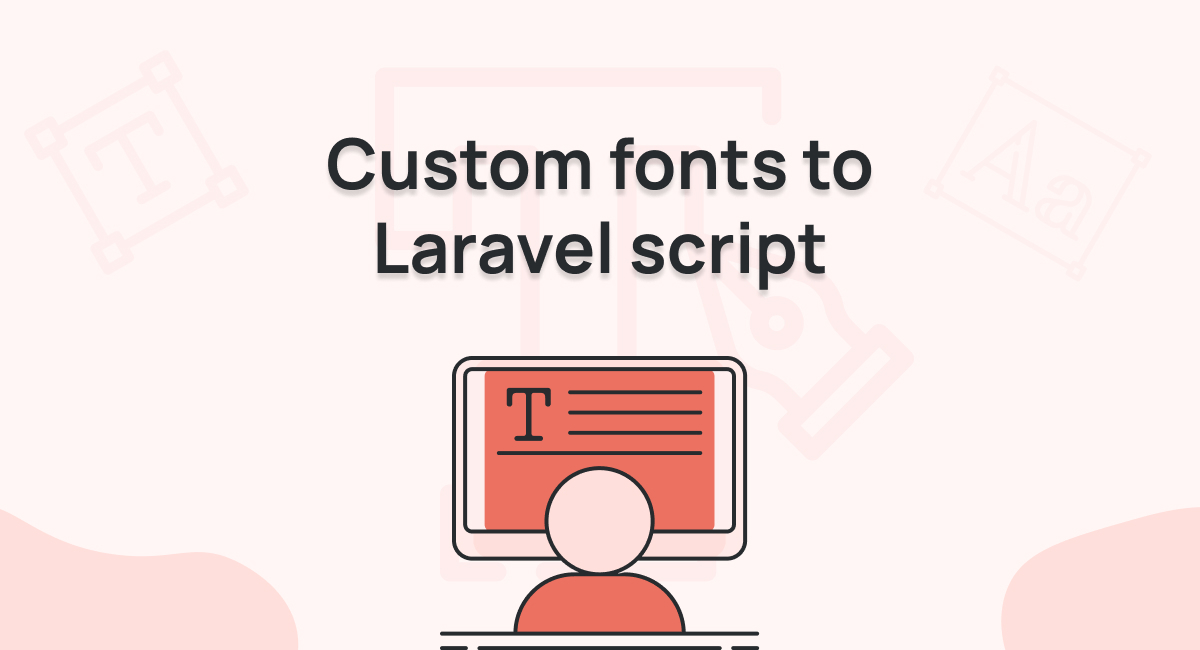 How to add custom fonts to Laravel script of Xgenious cms

We Developed Laravel Script To Save Your Time

We use cookies on our website to give you the most relevant experience by remembering your preferences and repeat visits. By clicking “Accept All”, you consent to the use of ALL the cookies. However, you may visit "Cookie Settings" to provide a controlled consent.
Cookie SettingsAccept All
Manage consent

This website uses cookies to improve your experience while you navigate through the website. Out of these, the cookies that are categorized as necessary are stored on your browser as they are essential for the working of basic functionalities of the website. We also use third-party cookies that help us analyze and understand how you use this website. These cookies will be stored in your browser only with your consent. You also have the option to opt-out of these cookies. But opting out of some of these cookies may affect your browsing experience.
Necessary Always Enabled
Necessary cookies are absolutely essential for the website to function properly. These cookies ensure basic functionalities and security features of the website, anonymously.
Functional
Functional cookies help to perform certain functionalities like sharing the content of the website on social media platforms, collect feedbacks, and other third-party features.
Performance
Performance cookies are used to understand and analyze the key performance indexes of the website which helps in delivering a better user experience for the visitors.
Analytics
Analytical cookies are used to understand how visitors interact with the website. These cookies help provide information on metrics the number of visitors, bounce rate, traffic source, etc.
Advertisement
Advertisement cookies are used to provide visitors with relevant ads and marketing campaigns. These cookies track visitors across websites and collect information to provide customized ads.
Others
Other uncategorized cookies are those that are being analyzed and have not been classified into a category as yet.
SAVE & ACCEPT